Excerpt from my new book on The Lord’s Prayerj

During my second semester of my first year at the University of Houston, I began to run away from all the things I had learned about how to be a good Christian. I stopped attending church. I stopped hanging out with my overtly Christian friends. I stopped reading my Bible. And probably worst of all, I stopped praying and talking to God…well almost, but not completely. I found a way to barely hang on to my relationship with him – if only by a slim cord.

There were three distinct reasons why I wandered off. First, I had experienced what to many would have been a positive life changing power encounter with God over the Christmas break.  It was so real, so powerful and so God that I became very frightened. Most Christians might have acted in an opposite manner, but I was afraid. I couldn’t bring myself to actually accept the fact that the God in the Bible – who performed tangible miracles, signs, wonders and supernatural acts, would actually do the same with contemporary Christians. And that he would do so particularly with me was mind blowing. But he had, and it was big and bold, and it scared me half to death. I just wanted to run.

The second thing that happened involved a young woman who had become a close friend of mine and lived in the same dorms on campus. One day she approached me and tearfully shared that she had been sexually harassed by an older man whom I knew. And to make matters even worse, he happened to be a campus minister with a prominent mainstream denomination. She asked me to go with her to report this incident to the higher-ups in the denomination and I agreed to do so.  Unfortunately, it was like talking to a brick wall. There was demonstrable suspicion regarding her claim and no investigation was forthcoming. As a result of this very disappointing experience, I decided that I didn’t really trust organized religion – and it likewise made me want to run.

The third reason related to the fact that I was a young man in my first year at a University and I wanted to party. I wanted to join a social fraternity; drink a lot; meet fun and beautiful women and engage in all ofthe trappings of that lifestyle. So, I ran there, while aggressively dusting off the remnants of my Christian life and feeling somewhat justified by the first two reasons.

All of this is true. I aggressively ran away from God and into a rather worldly lifestyle. However, I did hang on to him by that slim cord I mentioned. The slim cord was The Lord’s Prayer. On the other end of the cord was God, who would eventually use it to pull me back into the fold. But until that happened, I spent years usually ending the day in my own bed; sometimes very drunk but almost always reciting the Lord’s Prayer under by breath. It became my only connection with a former life and a Heavenly Father who very much loved me. 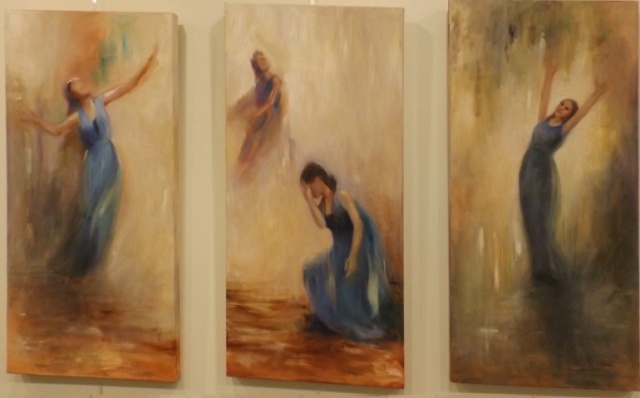